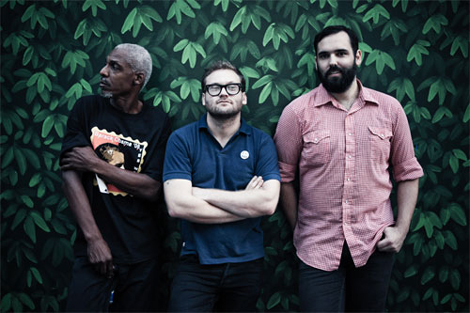 Coming from the fifth installment of limited 7″ releases onthe Too Pure Singles Club, here’s a track called “The Good News” from Philadelphia Grand Jury. They’re anAustralian trios and this is their first release in the UK. To support, they’ll being doing a whirlwind tour across two continents, dates in the UK and the US.

I hadn’t heard this song until two days ago, but its had many spins onAustralian independent radio, their record also going to number 1 in the Aussie Independent charts. Think indie pop with a kicking of garage rock and a dose of soul thrown in for good measure. The song (below) and video are a ray of sunshine, enjoy.

May 15th – The Great Escape, Brighton