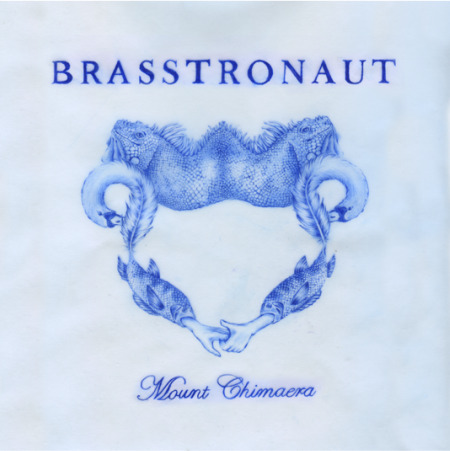 Vancouver’s Brasstronaut are back with their debut full-length album ‘Mt. Chimaera’ to be released on March 23 (Unfamiliar Records). Unifying pop, electronica, klezmer, and jazz, the album was recorded at The Banff Centre, in the Rocky Mountains, and mixed/produced in home studios in Vancouver, Oberlin, Ohio, and New York. This six-piece (fronted by vocalist and keyboardist Edo Van Breemen) uses trumpet, lap steel, flugelhorn, and the seldom-heard EWI (a breath-controlled synthesizer) in their live shows, which they’ll be taking across North America. For the lucky ones, look for them at SXSW.

Head to their myspace for the opener ‘Slow Knots’, a boundary crossing descent into chaos, reminding me of the rhythm breakdowns with echoed voices made popular by bands like the Dodos.