Video: “Islands” by We Were Lovers

“Islands” by We Were Lovers, from their forthcoming album, Pyramids. Duo Ash Lamothe and Elsa Gebremichael have mastered a pop balance infusing electro, dreamy, rock and disco elements.  I even heard what could only be a shout-out to Arcade Fire‘s “Haiti” early in the song.

Music makers all over the world are invited to remix We Were Lovers‘ single “Islands” for it’s official upcoming release. The selected winner will receive $200 plus have their remix released nationally with the single. The runner up will have their remix released nationally as well and the Top 10 remixes with receive a copy of Pyramids as well as be featured on WWL’ websites. The contest deadline is Monday, June 24 and stems are available for download here. 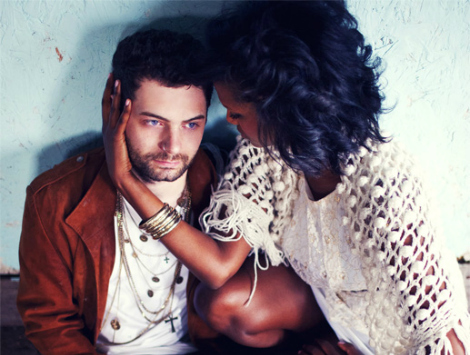 Apologies for sitting on this one in my inbox, you should have heard this weeks ago.  “We’ve Got It” is the first single off the anticipated new album from We Were Lovers, due out Spring 2012.  Featuring “dancey beats, swirling atmospheric guitars, and dynamic synths” along the lines of “Stevie Nicks-meets-The Cure pop”, the duo Ash Lamothe and Elsa Gebremichael are looking to hit hard with their followup to their Oct. 2010 self-titled EP.  A band that is no stranger to the road, they’ll be previewing new material in their dates across North America this October / November surrounding their showcase at Halifax Pop Explosion.