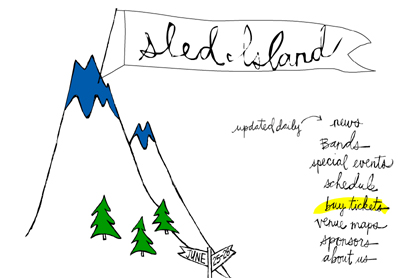 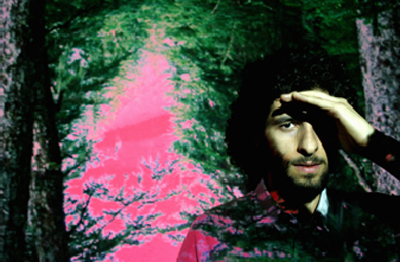 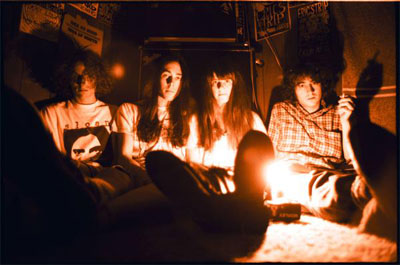 Ok so I guess I’ll get the bad news out of the way early. Unfortunately, the band that produced my favourite album of the year, the Like Young, have decided to call it quits. Describing this album as having “culminated 15 years of songwriting, recording, touring, and releasing records.” I guess that means this is the best they had to offer, and I’d have to agree. It’s pretty freaking great. Joe and Amanda Ziemba will be missed – by me, if nobody else. Hopefully after you listen to Spell It Out, and All The Wrong Reasons you’ll miss them a bit yourself.

myspaceEveryone’s favourite depressing band from Montreal. I guess that might make them like the opposites of the Arcade Fire in a sense. I wrote them up on here after seeing them at the Virgin Music Festival this summer, right after they released this album, and I’m still very impressed by it today. Fear Made The World Go ‘Round is wonderful. On that song Murray Lightburn’s voice and writing make me want to slit my wrists so I can bleed out the loser inside, thus making me a winner, just like this album.

I’ve really enjoyed this band since I first saw them at Healey’s during NXNE a couple years ago. Wonderful live show, great live musicianship (ship? collective?), and really nice people. This is their debut full length release and if you were a fan of the Smashing Pumpkins after Siamese Dream or Mellon Collie, then you’ll love this album. Lazy Eye and Well Thought Out Twinkles are both great tracks. Look for more solid stuff out of this band in the future.

myspace
This was probably one of my top 2 or 3 choices this year. Original, interesting, and funtastic. Poppy, distinct, and involved. I could come up with more adjectives to describe it but it might just be easier to listen to it for yourself. My favourite tracks are How The Leopard Got It’s Spots, and Chicago.

5. The Thermals – The Body, The Blood, The Machine

I tend to listen to a lot of Fugazi related stuff. If you want to read more about my man-crush on Ian MacKaye see the Evens commentary below. This album was recorded by the Thermals with the help of Fugazi’s Brendan Canty. I think it is wonderful. If you are religious you might find it offensive. If you dislike religious commentary… or find it trite, you may think this album is not for you. I think it rocks. Enjoy it or not, it’s on the list.

This was the first of two 2006 releases for my favourite sons of Glasgow. They also did the soundtrack to a documentary film that traced the actions of Zinedane Zidane during a soccer match – ALSO a very good album. But I liked this one more, so it made the list. Glasgow Mega-Snake is my ring on my phone. I don’t think I need to offer any more endorsement than that. Listen to it.

7. Action Action – An Army of Shapes Between Wars

myspace
New York, New York’s Action Action… now there’s a seemingly redundant statement. These guys first came to my attention when I listened to their debut release on Victory Records, don’t cut your fabric to this year’s fashion. This, their second release, is far more mature, but continues the 80’s synth pop resurrection they were cultivating in the first place. If you’re into pop-punk, and 80’s era bands like devo or depeche mode, you’ll enjoy this one. I’m particularly fond of Paper Cliche. Following this release the band has completed their contract with Victory, and is now moving on to a new label, with another album already completed – so expect it to be released sometime in the new year.

myspace
I got ahold of this right near the end of the year and frankly I’m just as impressed with it as I was with the Evens’ first release. Ian MacKaye is still a genius, and I’ve basically had a huge man-crush on the guy ever since I started listening to Fugazi when I was in High School (I am also a fan of Minor Threat, but since this thread avoids Hardcore Punk I shouldn’t mention that necessarily). The music he’s making with Amy Farina (formerly of the Warmers) is perhaps far more accessible than any of the work he’d done previously to adult contemporary listeners. A bit political, a bit wonderful, the whole album is quite solid. I am a big fan of the title track, Get Even.

myspace
M Ward’s knack for redefining himself with every record continues on this, his fifth solo release and first full-band effort. Upbeat, lo-fi renderings that appeal to the sensibilities of any appreciator of americana, the tracks on Post-War are definitely worth a listen. Cameo appearances by Neko Case and Jim James from ‘My Morning Jacket’ are also worthy of mention. If you haven’t already heard this album, you could make doing so your New Year’s Resolution.

Considering this band has over 14 releases to their credit, it shouldn’t surprise anyone who is aware of them that this album is hard to categorize or pin down. Extremely diverse musical meanderings, with a depth that might require a few listens to completely absorb. I found this one grew on me over the last 3 months of this year, I’m a big fan of the track Point and Shoot. The album title is a quote from then NY Knick, Tim Thomas, directed at his then team-mate and fellow NY Knick, Stephon Marbury: “Everyone in this organization is afraid of you, but I?m not, and I will beat your ass.”