you’ve got the love

You’ve Got The Love 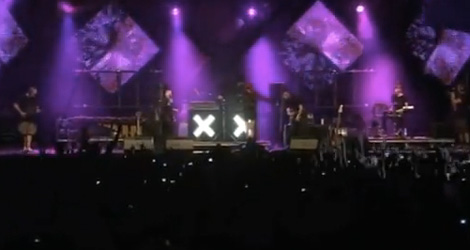 The XX performing their remix of Florence and The Machine‘s ‘You’ve Got The Love‘ (with Florence) at Glastonbury. Would love to have been there to see that.

Do this feel like an ad to you? Its part of a series of online videos done to look like they were recorded in 1963 at the Alain du Monde show, but are advertisements for the Belgian beer Stella Artois. She performs ‘You’ve Got the Love’ in front of a rotating modular stage where her band appears. Cheesy humor from the robot at the end.

I’m a fan. Sure, this video was commissioned as an ad for a corporation, but steers so far away from what today’s perception of ‘selling out’ is. Its a creative idea and is something that people want to tell others about. And it helps Florence get heard (but I’m not sure if she needs the help at this point). I also like this because it breaks the mold of what kind of music we’re hearing in ads. No one can claim this is a ‘sound-a-like’ to another, which seems to happen so much these days.

This song gets played a lot here in the office, but in another form. The XX remix (stand in for IMF’s remix of the year) puts a great spin on the original. Not sure if they would have worked in the video though.

Creative and new, I dig it.

Video: ‘You’ve Got the Love (XX Remix)’ by Florence + the Machine