Watch an Apocalyptic Fling in Radiation City’s Video for “Zombies”

“Animals in the Median” threw its hat into the ring for one of the best albums of 2013 some months back, and with their video for “Zombies”, Radiation City put a delightful visual on one of their more single-friendly tracks.

The found-footage-meets-narrative video directed by Matthew Gamlen blends together a light apocalyptic tableau with young love-sparked romp. It’s striking, but with plenty of subtlety to leave it open to interpretation, much like the album itself.

Watch the video here, and if you haven’t heard any other tracks from the album, listen to the soulfully despondent “Summer Rain” here. 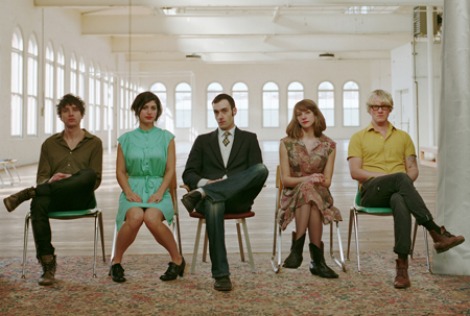 Portland indie/vintage-pop outfit Radiation City are currently putting the finishing touches on the follow-up their fantastic debut album, The Hands That Take You. The first track they’re debuting, “Zombies”, follows through on their normal blend of doo-wop and indie pop, but with a ghostly tone that matches its namesake. The album, Animals in the Median, will be out May 21 on Tender Loving Empire.

If you’re already familiar with this band, you’re not going to be let down. If you aren’t, this is the track you need to hear to get hooked.