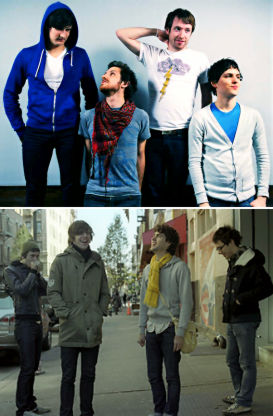 What: The Coast are releasing their debut album, Expatriate , in the US this August. In advance, the Coast have released the Tightrope 7″ featuring a remix by Tokyo Police Club . The TPC version is a bit more down-tempo, giving a new feel to the familiar Coast sound.

« The Songs I Didnt Write by Creaky Boards » Amercian Teen