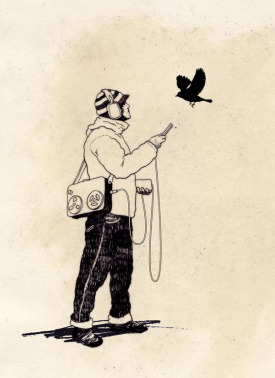 Who: Bibio from West Midlands, UK.

What: A new artist on my summer radar isBibio, the recording name of the British music producer Stephen Wilkinson. Typically using electronically modified guitar melodies and droning synthesizer sounds in his pieces, many think hes sounding part electronica and part traditional folk. I think its pretty psychedeliclly charged, mainly in the title track off his new album (Ambivalence Avenue) out on Warp. That beat makes me think its coming from the inner most part of my head.