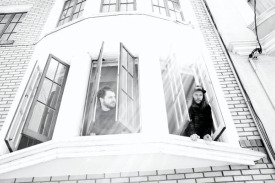 Who: City Light from San Francisco.

What: Bridging that open area between post hardcore influenced indie rock and downtempo electronics, check out long time Seattle friends Matt Shaw and Nick Andre, collectively called City Light. From a collaboration that had the two mailing tracks back in forth, we now how their sophomore album Burned Out Bright; dark lyrics, muted guitar, and shoe gaze elements tied together with drum samples and hip-hop production. Look for the album on Banter, Nov. 3rd.

The song below makes me think of some found track from the early 2000s with a current spin on it.