Around the Canadian Blogs: Dark Mean 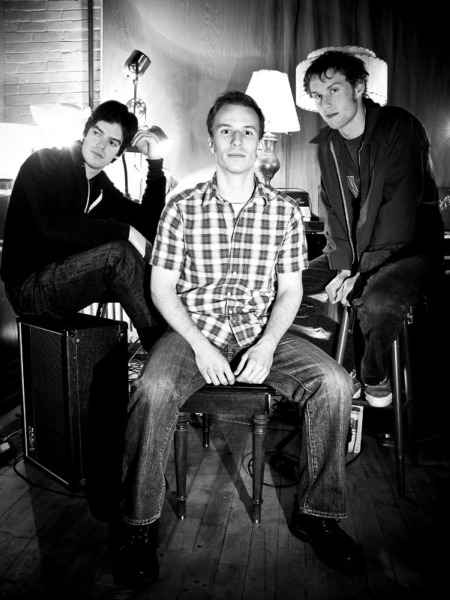 Hamilton’s Dark Mean have popped up recently on both Herohill and I Heart Music, garnering impressive reviews from both sites. I thought I’d follow suit as I think we’ve found something special here.

The 3 three-piece comprised of Mark Dean (could that be where Dark Mean comes from?), Sandy Johnston and Billy Holmes have been crafting songs since 2006 but hadn’t recorded any records until June 2008, when after a successful stint as an orchestra band for a play (“The Constant K Determines the Ultimate Fate of the Universe” by Rebecca Nada-Rajah), they were inspired them to get into the studio. The debut EP, Frankencottage (which you can download for free here), showcases the bands evolving worldview on the relationship between music, art and cultural expression.

Each song is unique and stands up straight on its own. For me though, I’m into the slow builder of Lullaby which hits hard when the band sings competing vocals against the banjo.

« Taller Children by Elizabeth and the Catapult » Zoomba by Starlight Mints