Berlin by Alaska In Winter 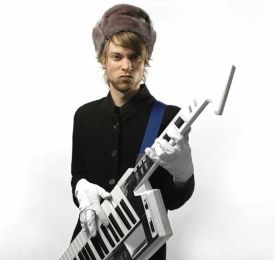 Who : Alaska In Winter from most recently Berlin.

What : A song named from where the new album was created. Bedroom recording genius Brandon Bethancourt recorded all the songs off the upcoming Holiday (to be released by Milan records Nov. 18th) using only a Powerbook Laptop, an effects processor, a small midi keyboard, a microphone and a hand held micro cassette tape recorder. Its his second album to date, the first (Dance Party In The Balkans ) being one created while hiding out in an isolated cabin in the south of Alaska. Pretty captivating stuff, very in the vein of Junior Boys mixed with Beirut . Makes sense, Zach Condon (Beirut ) plays on the record. Europe dates on the go, check myspace .