Wrapping up my senior year at the Cockrell School of Engineering the University of Texas, I decided to leave Austin and head across the pond to foggy England, on a whim, to hone my skills a bit as a musician. I had been playing shows around the live music capital for a while and was ready to try something new after graduation. I had connected with producer Digory Smallz, based in Vancouver at the time, and we began discussing how to go about recording the EP that we had been prepping for.

I had recently connected with a few friends via twitter from the UK and decided, pretty impulsively I might add, to buy a one-way ticket to England and see what happened. (Lucky for this feature, those friends of mine are incredibly brilliant photographers who captured a chunk of my time there – Alexandra Cameron, Luke Hayden, Jamie Cameron).

Upon landing in Heathrow I stumbled through customs with two guitar cases and no return ticket; probably wasn’t the brightest idea in hindsight. After an anxious encounter (on my end) with several immigration officers in customs, a friend of mine, Alexandra Cameron, graciously picked me up and we headed north of London to the small village of Linton in rural Cambridgeshire, just north of Essex. I was greeted with massive ancient churches that casually littered every town/village across England, thatched roof houses, strangely driving on the left side of the road, and apple trees that seemed to be everywhere (still some of the best I’ve had).

After a while of driving we made it to the high street of Linton then took a sharp right onto a cobbled drive, through a narrow tunnel, leading to the small flat where I spent a lot of my time (eventually where Digory Smallz and I began preproduction for the Hollow Head / Hollow Heart EP).

While there I ended up splitting my time between the flat in Linton, several flatshares in Cambridge (one of my favorites being the one I shared with five pretty great Columbian roommates), and my close friends’ family home, Sibbards – a 500 year old home warmed by an aga, which sat south of Saffron Walden near Thaxted. Some of my fondest memories were spent there, as it seemed to be the designated hangout for everyone.

It was a very influential place for me in the sense, that for the first time, music became priority and I actually felt like a musician rather than an engineer. The landscape alone would have been enough to focus an entire album on, especially if you appreciate shires as much as I do…but what were more contagious and stimulating were the people that I encountered – some of the most hospitable and down to earth that I’ve met. The artistic influence that governed the day to day of this group of photographers, musicians, filmmakers & everything in between was wildly apparent. Jam sessions were a regular occurrence and eventually I was lucky enough to get to play with The Last Dinosaur and Jack In Water along with several other talented folks – you should definitely check them out on Spotify & SoundCloud if you haven’t already.

I was enlightened to a slightly different mindset than the one I was used to; a mindset that makes room for one to work towards their creative passions without the taboo associated with not climbing the corporate ladder. There was simply a notion of ‘how do I do something that moves me on a day-to-day basis and survive at the same time’. When I began to perceive things in that light, it unlocked a lot of doors and surprisingly gave me a lot of peace and freedom in pursuing my musical endeavors. 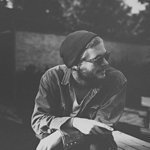