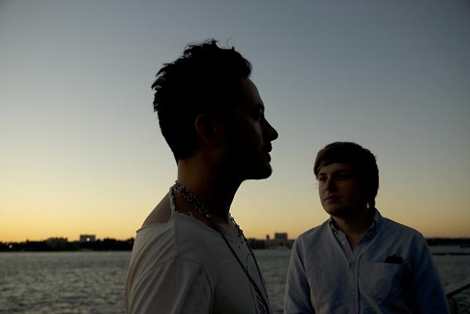 Posting here from North Bay! I’m here to do a panel for Music and Film In Motion called Placing Music in Film and Television with Kyle Merkley from Arpix Media. It was a painless flight, a great introduction, some solid pizza and beer at Greco’s, a little downtime, a jump in the pool, a quick blog post and now heading to the panel.

While quickly checking the inbox, I was drawn to a new band that Beth from Danger Village sent along, High Highs from Australia, via Brooklyn. At this point, all I’ve got is a song and that they’re playing the Knitting Factory in Brooklyn on Nov. 30th (opening for The Radio Dept).

« Video: “Preservation” by Wintersleep » White On White by Fredrik