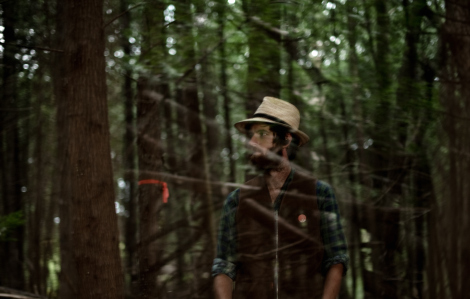 I attended Take My Hand last night at the Koerner Hall at the Royal Conservatory. The show was a benefit for the charity Alli’s Journey, which raises money to provide support young adults living with Cancer. The night featured live performances by artists such asJully Black,The Rural Alberta Advantage,Ohbijou, andDan Mangan. It was a treat to hear such a musical mosiac in one night, plus I got to experience one of Toronto’s best sounding rooms. Really impressed by how nice it looked and sounded.

My favorite performance of last night was Toronto’s Evening Hymns. Taking advantage of the acoustics in the room, Jonas Bonnetta and his band swelled between quiet ambience and powerful emotion, performing ‘Dead Deer’ and ‘Cedars’ off the bands’ album Spirit Guides. I’ve mentioned this band previously on my site, but now after seeing them live, I’m itching to go through the record and find out more of what I’ve been missing.

Ostensibly the project of Jonas Bonnetta, Evening Hymns was born in the rural confines of the countryside surrounding Orono, Ontario. In 2007 Bonnetta released the album Farewell to Harmony under his own name and the Let’s All Get Happy Together EP was his first musical foray under the Evening Hymns moniker. Spirit Guides moves towards a fuller sound complemented by the contributions of an impressive group of friends and collaborators including members of The Wooden Sky, Ohbijou, Forest City Lovers and The D’Urbervilles.

Look for them next week at NXNE, as well as a CD release on June 25th. Dates on myspace.

You can also hear an older, stripped down version of this song here.

« Video: “Show Me Something New” by Shout Out Louds » “Young Blood” by The Naked And Famous