Okay, so maybe I missed the boat on this band…. but I’m just starting to get to know them now. Take a listen to Desaparecidos from Omaha.

2003 was their last year for the band (I guess they made like their name, Desaparecidos means ‘The Disappeared’ in Spanish). The lead singer (Conor Oberst) left the band around that time to become the indie-legend that everyone knows as Bright Eyes. They put out a couple of titles in that time though (The Happiest Place on Earth (2001), and Read Music/Speak Spanish (2002)).

Check out Man and Wife, The Former (Financial Planning) and The Happiest Place On Earth off those.

The song that really grabbed me (while bussing around Los Angeles last week) was a song called Manana off Read Music/Speak Spanish. I definitely hear that Pixies and Weezer sound in there. 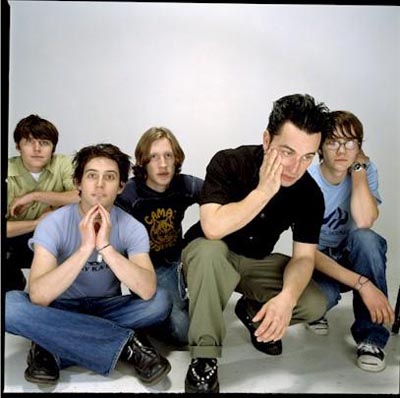