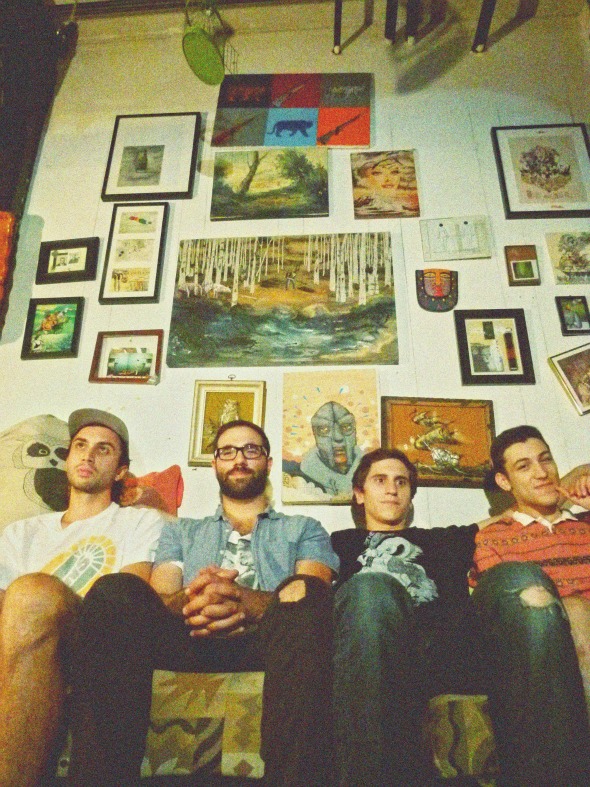 This week on Aux, as part of the Whisky Rocks competition, the submissions are up and I was asked to pick a standout band/artist.  I was partial to Elos Arma.

So the submissions are up and there’s 55 videos to check out. Got a favourite so far?

I’m partial to Lisa’s choice of ilvekyo, but my top choice so far would be the submission from Elos Arma, the track called “San Diego”.  The video shows the band starting the day as usual, having a band meeting then planning a tour of their town’s local parking lots where they’d “throw down” in costume to the shock of anyone who’s watching or passing by.  The video is well produced, using a lot of slow motion throughout the clip.  The song, which is slightly outside of what I normally listen to, grabbed me with with its driving rhythm, angular guitar lines and gang vocals on the choruses.

How would this band sound opening for the Trews if they were to win?  I’m guessing they could fire up the crowd.

I’ll be the dude in the black cape standing proud…..

Click here to vote for them.  Check out the other submissions here.