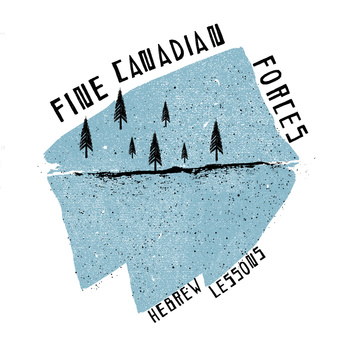 Fine Canadian Forces is Toronto musician Jordan Fine who’s been performing music since the age of 6.  Studying music at York University in Toronto, Jordan has composed as ‘DJ Freshie’, played as a lounge and showband guitarist on a cruise ship, but most recently has been writing songs specifically based around the loop pedal.  He became Fine Canadian Forces and Hebrew Lessons is his first album is the result of a year’s worth of composing/arranging 8 original songs and 5 covers.

Try out one of those covers in Steve Winwoods’ “Higher Love”, which will be the 2nd time in as many months that I’m posting covers of that track.  Can’t help it.  Its part nostalgia and totally awesome.

Head to his bandcamp to hear the rest of the album.

« Video: “ShotBigHorixon” by NewVillager » Currently Listening To: Hook & The Twin