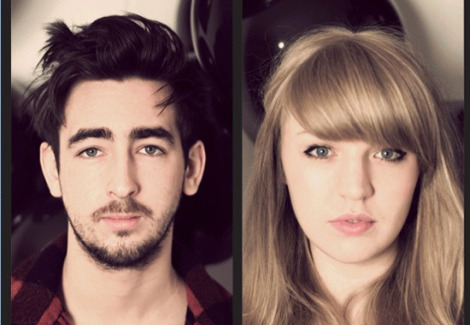 Sheffield, England duo Slow Club have announced a giveaway of their Lets Fall Back In Love EP, which can be downloaded from their website here. Since finding out about their video “Giving Up On Love” (starring Mackenzie Crook/Gareth Keenan of “The Office” UK), I’ve been searching for more songs from this girl/boy group. A good start is their critically acclaimed debut album Yeah, So, out now on Moshi Moshi Records in North America packaged with a limited edition bonus disk with B-Sides and Live Recordings.

This band seems to be overflowing with content, for those who can’t get enough. They’ve been filming gorilla style recordings while on tour, which you can sort through on Moshi Moshi’s Youtube channel. Nice choice on covering VanGaalen’s ‘Willow Tree’.