Getting to know ‘My Girls’ and restoring faith in humanity

There was a big power outage in Toronto last night. Apparently, a water main broke and flooded a power station, which cut off power and heat to thousands of people in the west end. In this kind of weather (-16 C / 7 F) its a bit of a problem for a lot of people, so hopefully they’ll get the power back on again. This morning I planned on taking the bus to work that stops right outside my place. It did arrive on time, but resembled a can of sardines on wheels with people packed right to the doors. I walked to the subway station to find it closed (between Jane and Bathurst on the Bloor line). I then joined a group of a hundred people waiting on the street for the buses that were supposed to pick up the slack of getting people to work. More cans of sardines, one after another.

Why not walk? I did forget to wear my long underwear today, but I did have my gloves, hat, and headphones. There were many of us walking, and helping each other. And I couldn’t help thinking about these times when something like the power fails, it levels us. Brings us back to being human. Like the blackout of 2003 (which I thought was an amazing day), I find that people are more aware of everyone else around them.

The trip took about an hour. I listened to Arkells, Sigur Ros and most of Animal Collective‘s album Merriweather Post Pavillion. It’s still growing on me, and I do plan on reviewing it on the site, but I’ve got the feeling I’ll never get totally into the album. Some songs are a little too drowned in loops and noise, or maybe too left of center (even for me). But, I’ve gotta say I’m totally addicted to their single ‘My Girls‘. Have you heard it yet? Its Panda Bear singing to a wicked beat, as if the sound of his torch-lit beach party singalong picked up and got drums. 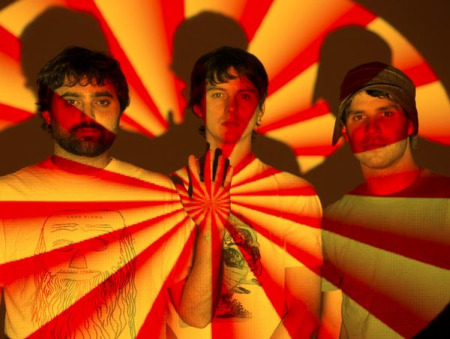