Giving Tree by The Epochs 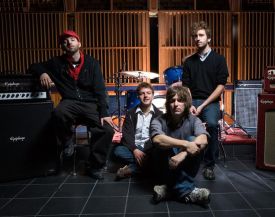 Who: The Epochs from Brooklyn.

What : Founding members and brothers Ryan and Hays Holladay are giving us something sounding like a distant relative to pop music. Drawing comparisons to other NY based bands like TV on the Radio , the band was formed in Brooklyn, but grew in Seattle after getting KEXP to notice their demos. They’ve been on the road recently with Snowden and Colour Revolt , new record to be released later this year.

Song : Giving Tree . Check this next link to download their Remix EP