Good Lies by The Notwist 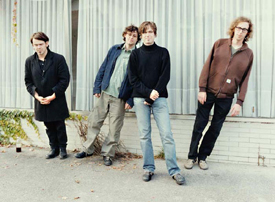 Who: The Notwist from Munich, Germany

What: Veterans of the German Electronica and Indie Rock scene who started off as a metal/punk act back in 1989. Upcoming release “The Devil, You + Me”, is their first release since Neon Golden in 2002 and has been in the works for 2 years. Vocalist Markus Ascher is involved with other notable indie acts 13 & God , and Lali Puna , and has released 2 other albums under the title Sharon Stoned. Currently touring Europe with the album due for release in May.