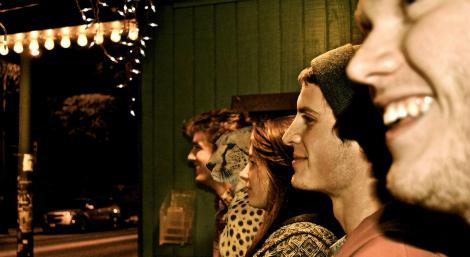 Bon Iver has been the talk of town lately, with their/his (we do say “their” as Bon Iver is a band) 2 sold out shows at Massey Hall this week, Grammy nominations, workout videos, topping year end lists and twitter wars about whiskey.  This post is to be about the music (well not their version actually).

I received an e-mail from Columbus, Ohio band Deadwood Floats, who’ve recorded their version of top-notch cover “Holocene”.  The band began as almost a distraction for members Adam and Drew in late summer of ‘09, now six members strong.

This track is recommended for Bon Iver fans who want to hear something true to the original, not a total overhaul.  From the person who was not sitting in row H, seat 18, enjoy.