How A Live Band Catches My Eye (#whiskyrocks) 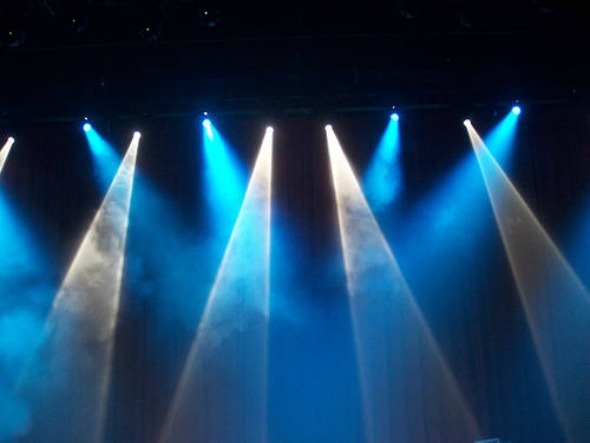 This week on Aux, as part of the Whisky Rocks competition, I was asked how a band catches my eye live.

I’ve gotta admit, I go to a lot less shows these days then I used to.  But, having seem a ton of live bands already, I think I’ve got some good advice for young bands looking to get noticed.

Simply put, practice.  Practice like crazy before you start playing live.  People want to be entertained and won’t tolerate a band that doesn’t know how to play their songs live.  I look for bands that perform their music well, while looking like what they are doing is second nature.  Bands can get there, but its a lot of work you’ll have to be prepared to do.

Don’t ignore your audience, find a way to bring them into your show.  Of the shows I’ve seen in the past, I’ve remembered the ones where the band has urged me to clap along, while forgetting the bands that simply play at the crowd.  Plus, you want your audience to have a talking point when they leave your show, something to tell their friends about.  I don’t think every band has to follow Rich Aucoin’s lead with involving the audience, but some level of engagement is vital in getting noticed live.

I want to know that the band are people like you and me.  Joking with the audience between songs and telling us about how you write your songs are ways to have your bands’ personality shine through.  Concert goers buy music if they like it, but you want them to buy into the band, so they’re probably going to have to like you.

When all that fails, just rely on pyrotechnics, smoke machines and magic tricks.

To enter the Whisky Rocks Showdown Competition, upload your original music demo to the Whisky Rocks Showdown Competition at WhiskyRocks.com between September 17 at 10:15 a.m. EST and October 19 at 4:15 p.m. EST. The LCBO will review each entry and if it meets all guidelines and requirements, the song will be posted on WhiskyRocks.com where friends, family, and the general public can vote betweenOctober 23 at 10:15 a.m. EST and November 1 at 4:15 p.m. EST. The top 3 finalists with the most votes will be announced on November second, and will win a slot to open for The Trews on November 8th in Barrie, ON, where a panel of judges and the Trews will then select one winner. The winners will be announced at whiskyrocks.com on November 9th.

Tickets to the Trews show and Whisky tasting cost $25 and are available online at ticketbreak.com, by phone at 1-866-943-8849, at impactlive.ca ticket outlets, or at the door. A portion of the evening’s proceeds will benefit Dixon Hall, a United Way member agency and its Music School program, which provides youth with music instruction and opportunities to attend music camps across Ontario.

Concertgoers must be 19 years of age or older and valid ID is required.

For full rules and regulations for the Whisky Rocks Showdown Competition, visitwhiskyrocks.com/competition