I can’t remember when I started making music but I can certainly remember all the times it sounded terrible.  From grade 8 punk bands to swag-pop duos, the last few years have definitely been a very ‘interesting’ journey; in particularly for all the family and neighbours involved in what I would like to call my ‘musical growth’.

With the exception of hitting a tom drum from the age of 2 in the bathtub, I suppose my first real musical endeavour started in the Summer of 2009.  I’d just graduated into high school, and I was strongly focused on the stereotype that a Grade 8 punk band would be the major contributor to me raking in the chicks.  We did the lamest photo-shoot in the local park, and we recorded a 4 track EP that (thank goodness) i’ve managed to erase from everywhere except my dad’s iPod.  He claims that I’ll look back on it in 20 years and laugh, but I’m already laughing now.  I certainly won’t be laughing if it leaks online and expectedly becomes VSC’s musical downfall.

After ‘breaking up’ the band responsible for uncontrollable stampedes of girls harassing me every day at school (shameful lunch times alone with a Rollup and mum’s sympathetically crafted sandwiches), it was time for something new.  It was at this point when my musical attention started to drift from Linkin Park & Blink-182 , and move into what truly was the dark days : pop.

Looking back on this – I don’t know what I was thinking.  It started in another boring Summer of 2010.  Boredom seems to lead to a lot of bad things, and this was no exception.  While all the other neighbourhood kids were making homemade fireworks and ding-dong-ditching retirement villages, we were making pop music in my bedroom.  You tell me which is morally worse.  We labelled ourselves ‘indie-pop’ to make ourselves feel good about what we were doing – but lets be honest; 50% of the time the indie is just thrown in there to make sure you’re not on the same Youtube playlist as Usher.  We were not the hipster swag-lords that we thought we were.  We were 100% pop try-hards.

I really have Triple J Unearthed to credit for most of my musical salvation.  For the next couple of years I would spend a lot of spare time scouting the Unearthed website and taking strong inspiration from a lot of the gold coming out of Australia.  Bands like Art of Sleeping, Boy & Bear, Tame Impala, Battleships, The Trouble With Templeton, The Jungle Giants & The Temper Trap, were prominent in this phase.

Thus, inspired by this, I started a new band in Grade 10.  It could probably have been classified as ‘indie-rock’ and was based loosely on a collection of those inspirations previously mentioned.  This was the point where (and the neighbours will probably say I’m wrong), but I finally started to feel like I was making music that wasn’t the worst thing in the world.  Not great, but not the worst.  We did a few cool things.  Released a couple of songs, played around 10 live shows, recorded yet another EP that wouldn’t be released.  Nothing to write home about, but it was great to give us something to do on weekends during school – and we got some great experiences.

In between that were scatterings of those classic ‘one-hit-wonder projects’.  One of my closest mates (who has been at least half of these projects) claims I’ve played under at least 10 aliases over the last few years.  In complete honesty, if you’d have asked me seven months ago – I would have said VSC was just going to be another one of those aliases giving me something to do after school as assignment procrastination.  It’s funny the way things go though.

And now, we end up with Vancouver Sleep Clinic.  Strange name, yes, but I’ll go more into that later.  ‘Vapour‘ was the result of 2 months of procrastinating on school nights, and honestly I expected nothing from it.  I put it on Triple J Unearthed for fun, and when I came back from a week long camping trip with friends – crazy things had happened to it (thanks Internet).  Before I knew it, I was signing with a manager, putting a live band together – and all of the sudden, woah, this isn’t just a sneaky side project any more.  This is happening!  Since this day, around 7 months ago, we’ve been blessed enough to have had the chance to release 2 singles, share our art in front of thousands of people, and have our debut EP ‘Winter’ on the way in only 3 days!!!

I’m always fascinated by how your musical taste and abilities can subtly evolve with time.  I mean, it’s crazy to think that for each project, and each song written, I (at the time) thought it was the coolest thing ever.  That’s why I would call Vancouver Sleep Clinic a project.  It’s a collective entity for the music that I make.  It could be just me with a guitar, it could be a 20 piece band one day.  Things will change and I feel like the term ‘band’ or ‘genre’ is close-minded and limits the room to creatively evolve.  Don’t get me wrong, I love the sounds coming out of the VSC Kitchen.  In fact – I’ve never felt more at home making music in my life.  However, as this project grows, I think its important for the focus to be off the members, off the musical comparisons or the past recordings defined as the ‘VSC sound’, but on the present evolving of the project.  One thing will always stay the same though; that my music will be what I want it to be, what I connect with, and only ever what I love to create.

Who knows where this will end up?  One thing is for sure though, I am absolutely loving every single minute of it.

This post was written by Tim Bettinson (Vancouver Sleep Clinic), as part of his Takeover of Indie Music Filter.  Find him on twitter here. 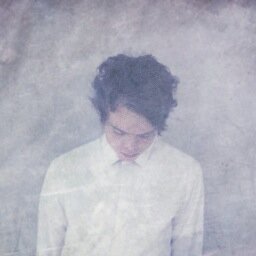