The first time I ever heard it was back in the early two thousands when I started working for Toronto indie label Aporia Records. They had previously licensed a record called ‘The Stars Of Saint Andrea‘ by a LA band called The Devics. I’m really not sure how well it did up here in Canada, but to this date, its one of my favourite records. Most people loved the lead off track ‘Red Morning‘ (video below), but the song that really got me was called ‘The End and The Beginning‘. It was the haunting vocals of Sara Lov that completely chilled me one night while lost driving in the darkness of northern Ontario.

Fast forward to today, Sara Lov has recorded some solo material that still has that melancholy dreaminess of artists like Mazzy Star or Aimee Mann. First expect an EP (The Young Eyes EP) to hit stores Jan. 20th, followed by her full length on March 17th (Seasoned Eyes Were Beaming).

Here’s something from the EP that I know you’ll like, a cover of The Arcade Fire‘s ‘My Body Is A Cage‘.

Sara Lov – My Body Is A Cage 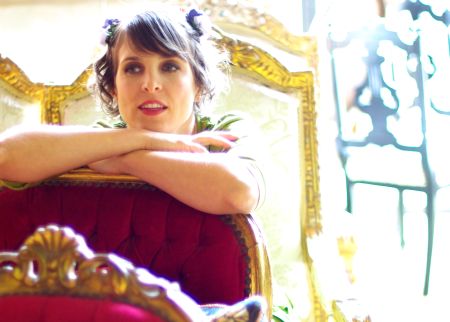 « Sync/Master: Architecture in Helsinki » The results are in….. Fleet Foxes, MGMT, and a crap load of remixes