If You Have To Watch One Video Today 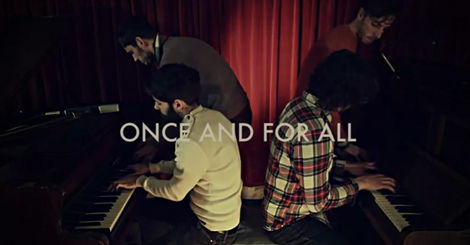 Here’s Clock Opera performing their song “Once And For All”, stripped down on two pianos for an Under The Floorboards session at The Studio Down Below in Dorset.

Come on everyone, lets make it go viral!  That way people will be saying “Did you see that video of four guys playing two pianos” instead of “Did you see those 5 people play one guitar”?  (we’ve probably heard the latter way too much already.

Below the video is the original version of the song.