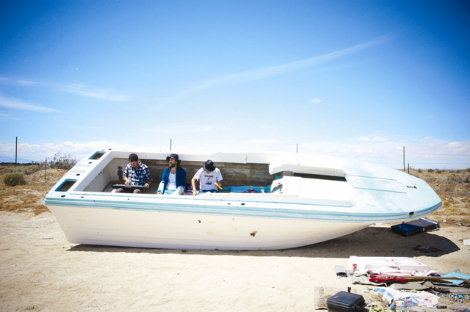 Checking my archives, it appears as if I’ve never written aboutIma Robot, although I’m quite familiar with the band name. I was a little surprised though to hear that this LA based threesome is fronted by the voice of Alex Ebert, voice of Edward Sharpe & The Magnetic Zeros. Ima Robot is rounded out byTim Anderson (guitar) and Fillip Nicolic (bass) and they’ve got a new album ready to be released Oct. 19th titled Another Man’s Treasure. The album was produced by Robot guitarist Tim Anderson (Dead Man’s Bones, The Goat) and will be released on Anderson’s label, Werewolf Heart Records.

Check out Ruthless. Below is the video.

« Video: “Too Many Miracles” by Badly Drawn Boy » Watching an acoustic cover of …