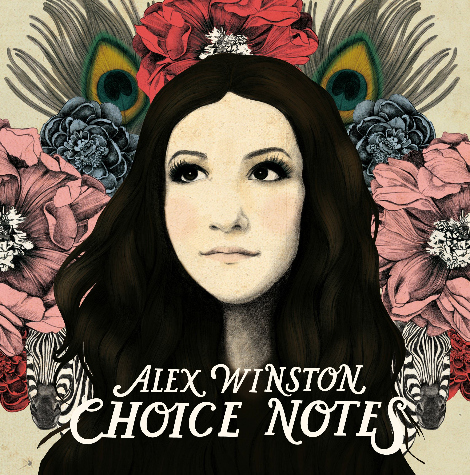 Put Alex Winston on your radar. In her words:

“My dad bought me my first guitar when I was 7, but I didn’t start playing until I was 10. It was tiny, red and battery operated. If I could find that guitar, I’d probably still be playing it today. My dad really wanted my brother to play guitar, but when he showed no interest, I was gladly the runner up. We’d sit in the basement for hours practicing chord progressions and listening to songwriters like Carol King and Laura Nyro. One of my favorite memories of growing up in Detroit was when my mom snuck me out of school to take me to the motown museum. She told me that it would be one of the most important places I’d ever visit, and she was right (though I don’t think I realized it until years later)

I was about 16 or 17 when I started getting really intrigued by Detroit’s local music scene and meeting other musicians my age. I started playing shows as much as possible. To this day, my favorite venue to play at is the Blind Pig in Ann Arbor. I opted out of college when I had the opportunity to tour the US, twice. My most cherished musical moment to date was opening for Chuck Berry in St. Louis.

90% of my music is recorded on garageband and its usually between the hours of 1 and 5 am. My only real hobby aside from making music is collecting instruments that I find in different places across the country. I recently moved to New York City but Detroit, its musicians and my friends there are still my biggest influence.”

On August 2nd “Choice Notes” will be available on a limited edition 7″ vinyl complete with AA side “Medicine”. Copies are available for pre-order now in the HeavyRoc Store. Also, check out some of the covers she’s recorded (Rolling Stones, Mumford & Sons, Teddy Bears). Download it for your e-mail.