It Must Be True by Gregory Pepper & His Problems 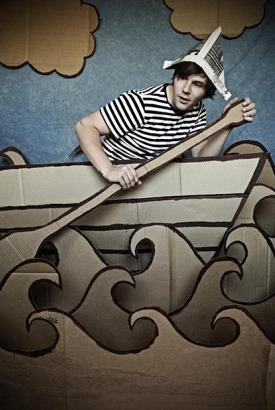 Who: Gregory Pepper & His Problems from Guelph, Ontario.

What: Just diving into the album With Trumpets Flaring from Guelph’s answer to Brian Wilson, Gregory Pepper. Choosing 13 songs out of 500 or so anthems of confusion and ambivalence, this 26-year-old musician and visual artist has quite an act for mixing poppy 1960’s melancholy with modern electronic sounds. He’s toured alongside Islands and Burn Ruffians, soon he’ll be on the road as a four-piece (I’m guessing with backing band ‘His Problems’….). Look for the record out June 16th via Fake Four Inc.

Song: It Must Be True.

« Dear Mutiny by South Ambulance » I like widgets. It cuts down on the work.