‘Jackson Square’ by Arkells. Keep an eye out for this band 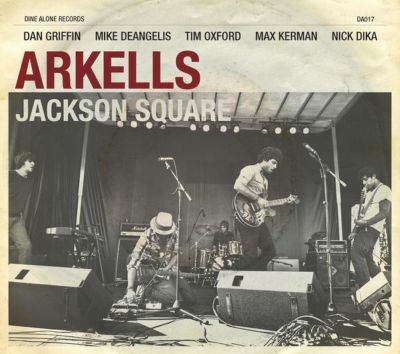 I like watching bands get better. And from these earlier posts, you can see that I’ve been watching this 5-piece band from Hamilton (with songs about factories) grow into a powerhouse live band with a great album to back it up. Charlemagne became Arkells and Arkells have come into their own.

This year the band signed a deal with Dine Alone Records (City and Colour, Attack In Black) and it seems to have steered the band in the right direction. They went into the studio and did two things very well. With the help of producer Jon Drew (Tokyo Police Club, Fucked up) not only were the older songs off the Deadlines EP rerecorded/modified and made better, 7 new songs were recorded to aptly capture this bands’ ability to grow as songwriters and break out of familiar molds from their previous work. No longer can one say that this band sounds just ‘Springsteenesque‘ or like another version of the Constantines. Sure, you can hear elements of each somewhere on this album, but there is no longer a one-word description of what they sounds like.

The record is bound together by bluesy rock-riffs, group-vocal choruses, memorable melodies and a dynamic mix of guitars, organ, bass, drums and sweat. The re-worked songs on the album start strong (Deadlines as a killer lead-off), remind us of classic ’80s OV beer commercials (Ballad Of Hugo Chavez), bring back the harmonica (No Champagne Socialist) and lend the drums from the Foo Fighter‘s My Hero (Abigail, my favorite song on the record). The new songs are hooky (Pullin’ Punches, John Lennon) and emotive (I’m Not The Sun).

All the songs flow into each other like a live show. 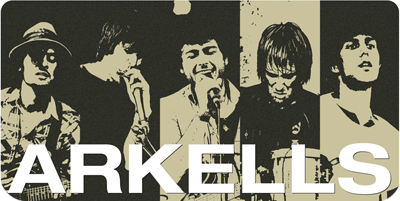 Catch this band on tour right now, currently supporting Matt Mays & El Torpedo across Canada. Great fit for a lineup, I’d just be concerned if I were the headliner. You never want your opener to rock the crowd harder than you plan to. Tourdates on their myspace page.

Here’s the 2nd track off the record. Enjoy.

[audio:http://www.indiemusicfilter.com/audio/pullinpunches.mp3]
« Every City by Thats The Spirit » I Hate Dell by Oldfolks Home