Well, I got back from sunny California last week and since then the only thing I’ve been able to think about is how the summer here in Toronto is almost over. I was just about to throw myself out a window when I came across Jim Noir’s latest creation, which aside from wrapping me in a warm blanket of soothing vocals and beats, told me that the summer could last forever and I could back away from the ledge.

Tower of Love, released by Barsuk Records this month is described on the official site like so:

“Imagine a Wurlitzer jukebox stacked with the hits of ELO, Super Furry Animals, Pepper-era Beatles, The Beta Band, The Beach Boys, early Pink Floyd and Supertramp. Now imagine blowing that jukebox up with a cartoon-style dynamite stick and making a record from the exploded fragments of vinyl and luminescent tubing. That’s a bit like what Jim Noir’s debut album, Tower of Love, sounds like.”

Hmmm. Think his sound is a little hard to describe? After listening to the album I thought about ten or so more bands I could add to that Wurlitzer as well, including Ben Folds, Crosby Stills & Nash and Sloan – but that’s just me. I’d more likely describe listening to Tower of Love as eating a whole box of sugar-coated cereal and finding it laced with sharp little bits of your favorite bands of all-time.

Just so you don’t complain to me about not finding a prize in the bottom of the box, here’s a link to Jim Noir’s current free MP3, Key Of C 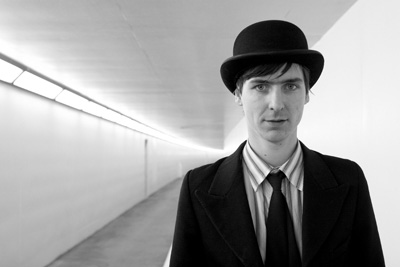