I was pseudo DJing the other night before my brother started at the decks. In a room full of people drinking beer and chatting, we heard Lions by Jonquil slowly work its way into the room. Probably the song on my mix that I thought would stick out like a sore thumb, or like its name, a lion in a bar.

It held its own and turned heads.

The band is an Oxford (UK) bedroom recording project turned band, centered around 20 year old Hugo Manuel. The band released their most recent record on Try Harder, a label gaining some attention with bands like Foals. Listen for bouzouki, guitar, violin, drums, flugelhorn and double bass. Kind of like something in-between Akron/Family and Grizzly Bear.

Some great footage on La Blogoteque, check it out. 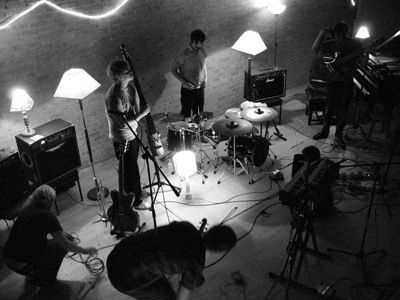