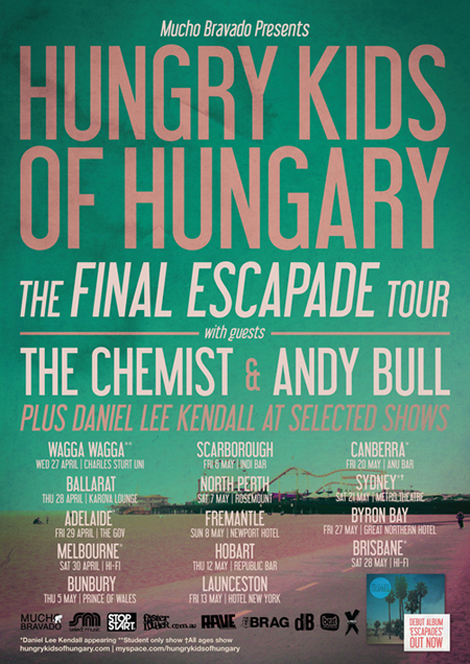 Hungry Kids Of Hungary are back in Australia after their trip to North America for SXSW and Canadian Music Week.  The group are getting ready to kick off their Final Escapade Tour in two weeks with a stop at Splendour In The Grass, with ‘new arrangements, new songs, a new cover and some top secret collaborations on stage’.  They’d also like you to download (free) an outtake from their last album called “Keep Talking”, which didn’t make their album but sounds album worthy to me.

« Loving this new track from Fin… » Saturday morning listening to …