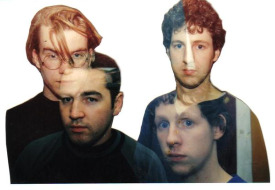 What: These songs might not be new, but probably new to your ears. Sunbear, Dublin’s answer to the shoegazer’s of the late 90’s (MBV, Ride, Sweredriver), really made a name for themselves with the release of their 1999 self-titled album. But the band had a collection of other unreleased songs and b-sides on hard to find EPs (Bits and Pieces & Dog) that Indicator Records wants to bring to you in a 14 track album titled ‘Bits‘ (like the EP). Little bit of nostalgia for you, check out a taste below.