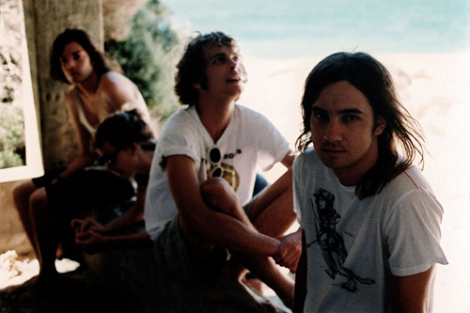 Can’t get enough of this track right now.

‘A rollicking, searing rocket ride’, ‘Lucidity’ is the spacey music video below, directed by Robert Hales.

Shot outside the country town of Mildura, 500 odd kilometres from Melbourne, the Lucidity video was a leap into the unknown, a series of experiments and blind faith launches into the final frontier, involving cameras being launched into space inside weather balloons, tracking all that went on below.

After being let go by the band’s Kevin Parker, the flight ascent was just under an hour. The camera swiftly loses site of our band, flying through the clouds before the edge of the earth comes into shot and it reaches its summit somewhere between 20 and 24km up. At this point things go all woozy, the camera flipping and flopping about, spinning to stare at the sun, before the balloon pops, ripping its safety parachute from the box and launching into a freefall to earth. This descent took 16 minutes, the approximate speed at impact with earth somewhere between 75 and 100 km/hr. All the while the camera continued to roll.

Upon hammering down to earth, in a wonderful stroke of universal happenstance, a curious wedge-tailed eagle wanders into shot to pick at the parachute and form the completely unscripted, perfect ending to the video. Local farmers believe the eagle must have seen the payload coming down and stalked it thinking it was an injured animal.

Thats when that screeching solo comes blaring back in. Love it.