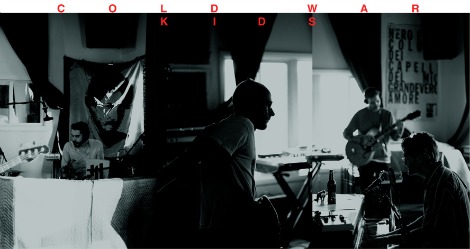 Cold War Kids are excited to announce the release of their fourth studio album, Dear Miss Lonelyhearts, on April 2, 2013 via Downtown Records (and via MapleMusic Recordings in Canada). In anticipation of the release, you can hear the album’s engaging lead single,”Miracle Mile” (below).

Dear Miss Lonelyhearts came to life at the band’s San Pedro, CA studio space. They enlisted new guitar player, Dann Gallucci (Murder City Devils, Modest Mouse) and Lars Stalfors to produce. “We were shaken up, ready to let certain songs go further than before by trying new styles and arrangements, while keeping others sparse and caring more about the finished product and less about how we got there,” says lead singer Nathan Willett.

« Video: “Put Me To Work” by PAPA » New Music From Youth Lagoon