Wear Em Out (featuring Dan Boeckner on vocals). I’ve played it 4 times already tonight. Can you wear down an mp3?

So there’s this guy named Ryder Havdale. He’s got this pretty cool band called The Mohawk Lodge in Vancouver. He also runs a record label called White Whale Records, home to bands like Castle Project and Octoberman. Next week (July31st), he’s putting out a new record, Wildfires by The Mohawk Lodge.

If you’ve heard this band before, you’d be inclined to think folk and country. The new record takes a harder approach, moving into something more electric, something more rock. Always an impressive list of collaborators and the record was produced by Darryl Neudorf (Neko Case, The Sadies, New Pornographers) (apparently, he’s got some good bass). Date are coming in for the band, looking like a cross-Canada tour in Oct.

Head to the bands’ myspace page to hear Hard Times (you can download it as well). 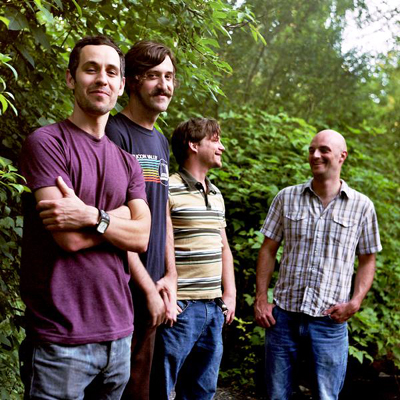