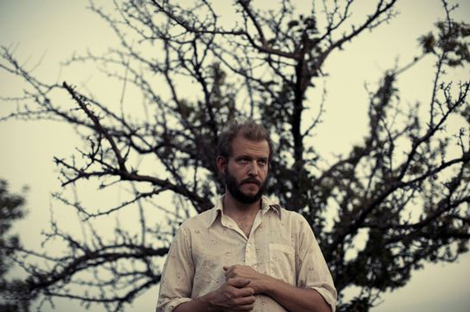 The musical project of Justin Vernon has confirmed that there will be a new record titled “Bon Iver” out on June 21st via Jagjaguwar; featuring 10 new songs expanding on the group’s “sonic palette beyond the rustic acoustics of the debut into a lush landscape of silky electric guitars, beautifully intricate keys, and subtle horn and string sections while keeping the ghost choirs and densely layered vocals intact that Bon Iver has become so known for”.  The record took over three years to complete (has it been that long?) and was recorded and mixed at April Base Studios, a former veterinarian’s clinic in Fall Creek, WI, converted into a recording studio by Vernon and his brother.   Players include the band (Bon Iver regulars Sean Carey, Mike Noyce and Matt McCaughan), Rob Moose (Antony and the Johnsons, The National), Jim Schoenecker and Tom Wincek (who have previously collaborated with Vernon under the Volcano Choir moniker), Greg Leisz (Lucinda Williams, Bill Frisell) and a horn section made up of Colin Stetson (Tom Waits, Arcade Fire), Mike Lewis (Andrew Bird, Happy Apple), and C.J. Camerieri (Rufus Wainwright, Sufjan Stevens).

Untitled from Bon Iver on Vimeo.