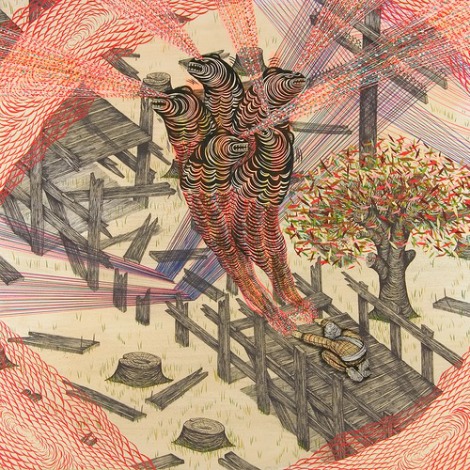 Rogue Wave are set to release their fifth studio album, Nightingale Floors on June 4th via Vagrant, and our first listen is in the single “College”.  The brainchild of Zach Schwartz (aka Zach Rogue), Rogue Wave formed in 2002 in Oakland, CA.   While the line-up has changed from album to album, the two constants have always been Zach and drummer Pat Spurgeon. Nightingale Floors finds the group secure in its sound and brimming with confidence. The result can only be described as a triumphant return to form.