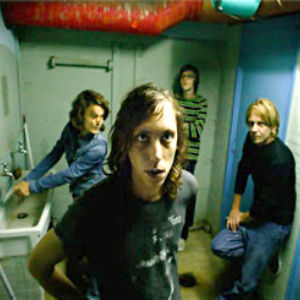 A quirky folk-rock quartet originating from Amsterdam, the Hospital Bombers appropriately take their name from a Mountain Goats song, and claim other influences ranging from PBJ to the Velvet Underground.

They released their first full length album, Footnotes, on Holland’s Excelsior Records in December of 2007, in addition to their 2006 EP, Satan’s Fingers. The release of Footnotes was actually delayed repeatedly, due to a combination of perfectionism, and the band’s concern over the alignment of stars. Whatever the excuse, their sound is worth hearing, wait times be damned.

They have toured Europe extensively, and earlier this year played the SXSW festival in Austin. They are playing their NXNE show at the Mod Club on Thursday, June 12th at 7:00 pm.