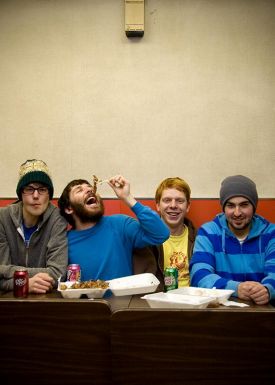 Who : The D’urbervilles from one of either Guelph, Hamilton, Oshawa or Toronto (according to their myspace).

What : This song is from the bands debut record “We Are The Hunters “, recorded and produced by Chris Stringer (Were Marching On, Ohbijou ). I keep picturing Jim Morrison fronting this song, anyone else hear it? They play NXNE at the Horseshoe Tavern , Sat. June 14th at 1am.

« When Saints Go Machine Get Moulinexed » Florence and the Machine