I’m not sure what project Wes Anderson is working on right now, but I think I’ve found a band for the soundtrack….

They are called Page France from Marching Band, Maryland. (Paula, thanks for the tip. 2 gold stars.)

I was just on their site and read one of their posts in the news section which mentioned that after getting back from touring, all their cats were sleeping, even soda pop jones. Could that be a name of one of the cats? If so, that freaks me out.

In my second year of university I shared a cat with 2 guys I’d describe as ‘too weird to live, to rare to die’ and a girl who’d lie to anyone. Our cat’s name was Soda Pop Pete. She was a female. One night a bus ran her over. We burried her in the backyard on the morning of one of my economics finals.

back to the band.

The true gem is Junkyard which can be found on the bands’ myspace page. 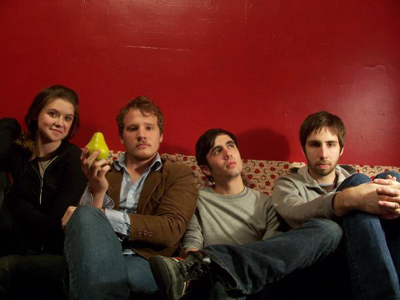