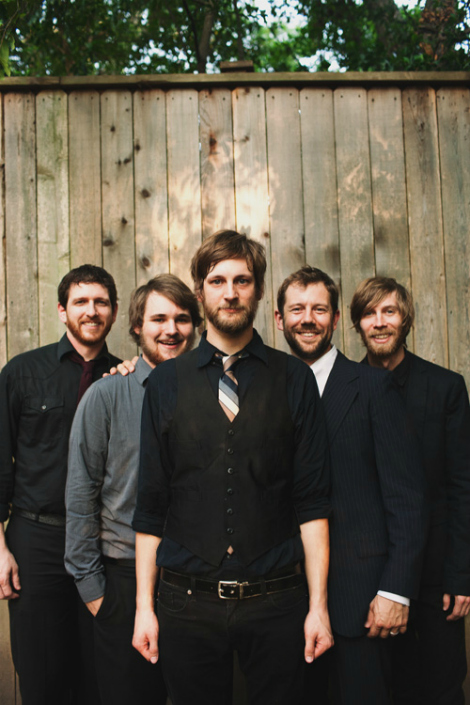 New to my radar is the band Quiet Company from my home-away-from-home Austin, Texas.  The quintet started as a solo project frontman Taylor Muse but later became a full blown band with the addition of Tommy Blank (Guitar), Matt Parmenter (Bass), Jeff Weathers (Drums) and Cody Ackors (Trombone).  The group have had some solid success so far in last years’ album release of “Songs for Staying In”, which charted at radio and landed in a few tv/film placements, including songs with acting roles in the ABC show My Generation.
The band have recently teamed up Grooveshark and Rocket Science to release their latest album is “We Are All Where We Belong”, try out the first single in “You, Me & The Boatman”.

You, Me & the Boatman by Quiet Company

Pre-order the album at Grooveshark here.

« Currently Listening To: You Won’t » Video: “Skinnybone” by Sea Of Bees