Quiet Little Voices by We Were Promised Jetpacks 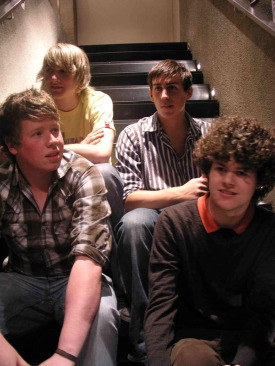 Who : We Were Promised Jetpacks from Glasgow, Scotland.

What : In the 1960’s, people thought that jetpacks would be the future of transport. We might of come close with the Segway , but it looks as if we’ll never get those jetpacks they promised us. At least the Glasgow band We Were Promised Jetpacks deliver. Friends of FatCat label mates Frightened Rabbit, they’re set to release a debut record in July. In the meantime, how about some upcoming dates at SXSW and The Great Escape . A few posts back I crowned Sweden the hot spot. Might have to move that back to Scotland….