The blog that is. Moved around some columns, links, banners and widgets. And for the first time ever, I didn’t break the blog in the process. Might be getting good at this web thing. 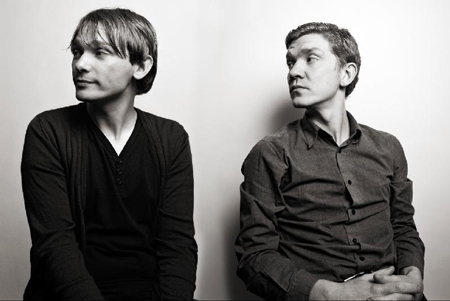 -After a self-imposed three year hiatus, Sunderland, England’s Field Music return with a new 20 track double album, to be released on the 16th of February 2010. Lucky fans in NY and Chicago will get a chance to get an early listen (check tourdates), but here’s the title track. Measure.

-Land Of Talk have just debuted an amazingly beautiful video for “It’s Okay” (Directed by WeWereMonkeys). This video, along with two other recently released videos (The Man Who Breaks Things, Troubled), can be found on the bands new Fun & Laughter EP along with four new songs.

-Also, from now until midnight on Saturday October 31, 2009, you can download the entire breakthrough, critically acclaimed, self-titled album Timber Timbre for FREE at www.timbertimbre.com. I heard they had one of the best sets at Halifax Pop, wish I had caught it.

And finally, check out this video for Chosen Armies by Australia’s Children Collide. Its done in 360 panorama, allowing the viewer to change the perspective as the video rolls. Dig the song too. Dine Alone Records are presenting the North American release of their debut ‘The Long Now’, out today.

« Video: ‘This Ain’t You’ by The Great Bloomers » Video: ‘You’ve Got the Love (XX Remix)’ by Florence + the Machine