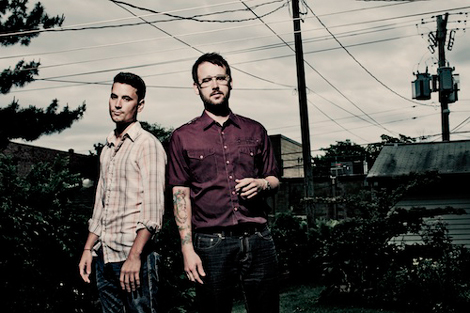 I planned on posting this right away, when I received the press release last week, but that pesky music festival we have here in Toronto (NXNE) jumped out on my and took over my schedule.  That would explain by current situation; a sore throat, a pile of e-mail and a blog that hasn’t been updated since saturday (with the exception of the post before this one).

Here’s a track from Peter Wolf Crier‘s second album Garden of Arms, an album that will be released September 6 on Jagjaguwar (September 5 in the UK).  Following the success of the bands’ debut Inter-Be, this record paints a picture of all the pain and beauty of growth.  The album was recorded by Peter Pisano and Brian Moen in Moen’s own home studio and reflects a new-found footing of confidence and experimentation.  Solid stuff, here’s the first taste.

Check out “Right Away“.