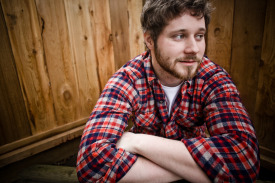 Who: Dan Mangan from Vancouver.

What: Currently the soundtrack to drinking an afternoon beer on the dock with my computer. From the sophomore album Nice, Nice, Very Nice here’s a song with the words taking center stage. Singing honestly about the word Dan sees, this album has been garnering amazing reviews, and most recently a XM Verge music award nomination for artist of the year. Inviting Canada’s alt-country elite to record with him (Elliott Brood, Justin Rutledge, Veda Hille, Mark Berube) as well as notable indie rock bands (Said the Whale, Mother Mother, Major Maker, Small Sins), he jumps between rootsiness and indie pop, simply writing songs that evoke the wonder and the absurdity in what we do.