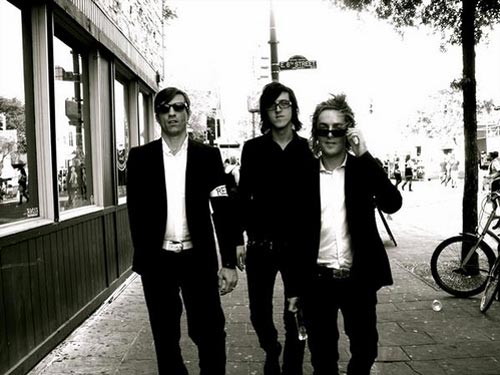 Long before the terms blog house and indie dance were coined to differentiate the harder sounding rock-influenced beats of recent years, there was a breaks DJ from Brighton UK who mixed the influences of rock, reggae and punk into his sets when no one else was. Adam Freeland is already a legend in the electronica scene as the owner of the Marine Parade Label and progenitor of the new-skool breaks scene that started in the mid nineties in England. His most well known breaks release to date, 2003’s “We Want Your Soul” is a dark and sarcastically moving tome that skewers the dominant consumer culture of western civilization. (pay close attention to the reference to American Gladiators – amazing) He is a DJ and producer who understands that dancefloors can and should be political stages and uses his power behind the soundsystem to encourage dissent from the status quo.

In his most recent incarnation, the first name has been dropped and a more collaborative approach to music making has been undertaken. Almost a band, Freeland will tour with actual players on stage, while the album Cope boasts collaborations with musicians from groups such as the Pixies, Marylyn Manson and NIN, not to mention an actual singer. The album is also co-produced by Alex Metric who is one of the top DJ/producer/remixers in the game today.

The Track: Undercontrol is full of Freeland stylistic touches. Ironic lyrics that speak to a need to wake the masses from some collective reverie, strummed guitar rhythms and explosive synth choruses abound. Add in a lead vocal part that could stand in for an LCD Soundsystem B -side and a sample that may be lifted from Bloc Party’s Pioneers to make a very compelling addition to the modern, political dancefloor.