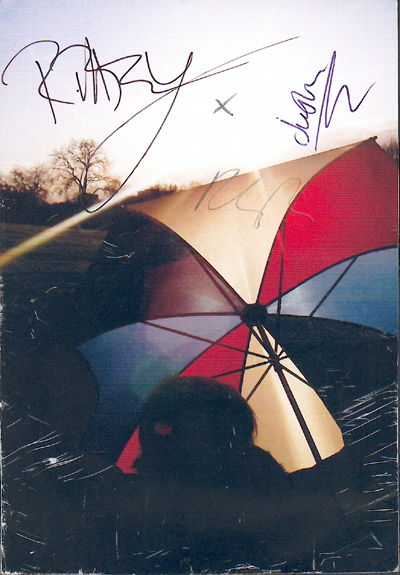 I’m a big fan of getting personalized mail. The other day while walking to my mailbox, I was searching the iPod for something to listen to on the way. I came across The Joy Formidable as an artist I hadn’t listened to in a couple weeks, so I threw on Austere. Sure enough when I opened the mailbox, I had a package from the band. A burned disc and a signed photo or what I think must be the band. Pretty cool. Here’s another from this up and coming band called The Greatest Light Is The Greatest Shade. Check it out here.

Video for ‘Austere’ by The Joy Formidable

here’s the unofficial one….

Didn’t think I’d be in the office here on Family Day. Shouldn’t I be doing something with my brothers and parents? Well, this week is going to be quite busy, so I thought I’d get a good jump start.

Got an e-mail today from Rhydian, bass player of The Joy Formidable. Really enjoyed what I heard on their myspace page, so I naturally wanted to get the word out. A three piece currently living in London (2 originally from Wales, 1 from Devon(shire?)). They’ve been together for only 8 months or so, but you’d think way longer by how good these songs sound. From the three on the site, catchy background falsetto vocals and fuzz seem to be the common hook. Hear that YYY‘s and Breeders influence so far.