Listen up fans of Maps, Grizzly Bear, Thom Yorke and Caribou. I think you’re going to like the music of Canon Blue.

I regret not going to see this artist (songwriter and multi-instrumentalist Daniel James) play live when he toured here to Toronto this month. I’m loving his dreamy folktronica; blissful melodies backed by electronic beats and loops. The full-length record (Colonies) was mixed by Chris Taylor (Grizzly Bear) is available on Rumraket Records.

Check out the first track off Colonies, Treehouse. Head to Who Needs Radio and I Guess I’m Floating to find more. 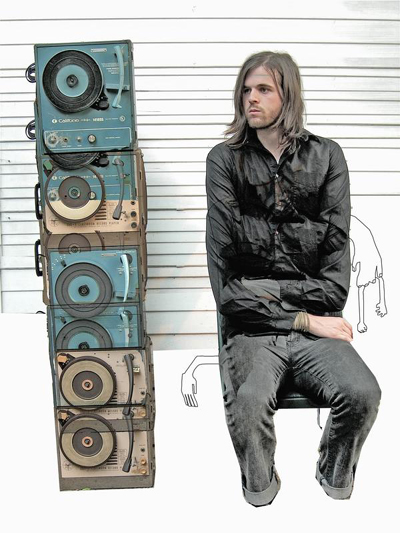 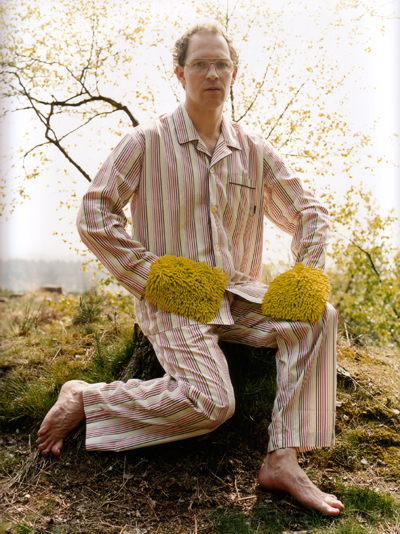 I started today by watching this BBC Collective doc. A very good insight into the whole process of making his music. Another thing I noticed…. the new glasses are making Dan look like a math professor (he does have a PHd).

Andorra is a psychedlic and extremely melodic, some parts Pet Sounds, some parts Floyd, some parts Beta Band, and some parts I sure something we’ll never really understand. Continued in his new songs are floating vocal melodies backed by Snaith‘s signature chaotic spurts of drums and noise during building moments in the songs.

Check out Melody Day by Caribou (and watch the video here). A product of Snaith becoming ‘obsessed with writing a melody that was both distinctive, ecstatic yet cannily familiar‘.

He’s going to be busy as hell for the next couple months touring. Previously, or to support The Milk Of Human Kindness, Caribou toured as a three-some. The live show was set around two drums kits and a slew of other instruments thrown overtop of samples off a click-track, all synced to a series of short films/videos projected on to the band and or screen. **From a record label perspective, I was always impressed how the going out part of the tour was to support and sell the record, while the coming back part was to support a DVD (Marino) of all the videos synced to the songs they fit with (along with a couple new tracks). The new live incarnation is now a four piece including Dan, long time friend and bandmate Ryan Smith and newcomers Andy Lloyd and Brad Weber. From what I gather, Snaith is going to be up on the mic more than he ever has before.

While he’s on the road, look for his tour EP. You’ll find the track Yo-Yo on there, head to Gorilla vs. Bear to hear that one.

I’ve got two brand spanking new copies of Me, Myself and Rye (Upper Class Recordings) by the Russian Futurists. This album, or compilation, hit the shelves this month and is an amalgam of TRF‘s hottest songs assembled from their three previous albums, all digitally remastered.

Paul Simon from Our Thickness

The bio sheet I’m reading here says the band hails from Cornwall… I always thought they were a Hamilton/Dundas band? Maybe I made the assumption because I’ve seen this band tour so much with other bands/artists from that area (Caribou, Junior Boys). This band seems to be really hitting their stride, now UK-label mates with The Go! Team and The Pipettes and touring with Peter, Bjorn and John. Frontman and primary songwriter Matt Hart is also making some waves remixing singles by bands like The Shout Out Louds and Stars.

So listeners, fall into one of three categories. If you’re new to the band and you like what you hear, this might be the perfect record for you. If you’re a fan already, you probably have all these songs anyway. If you are a superfan, then you’ll just go and buy this record regardless.

My favorite track off this LP (originally off Let’s Get Ready To Crumble) is A Telegram From The Future. Head to their myspace page to hear a Lo Fi Fnk remix of Paul Simon)

CONTEST!!! I’ll send you a CD if you are one of the first two people to e-mail me with the correct answer to this question. What are the names of the 3 previous releases that have songs on Me, Myself and Rye? 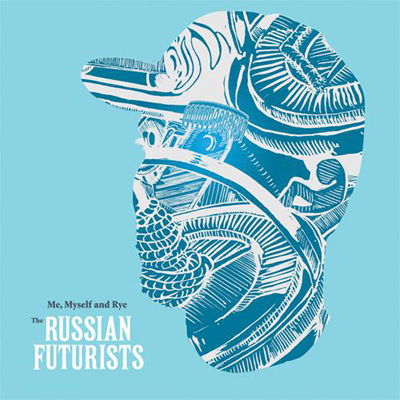 This is my first post….. so I’m not going to make it too fancy.? I thought I would just mention a cool site out there on the net that helps recommend new music.? Its called Last FM.

You download free software which allows you to stream music on to your computer. You start the program by typing in a band that you like, and it spits out recommendations based on a variety of factors (audio scrobbler plugins, last.fm user opinions and witchcraft).

When you type in Caribou, the system recommends bands like Animal Collective, Four Tet, M83 and LCD Soundsystem (to name a few).